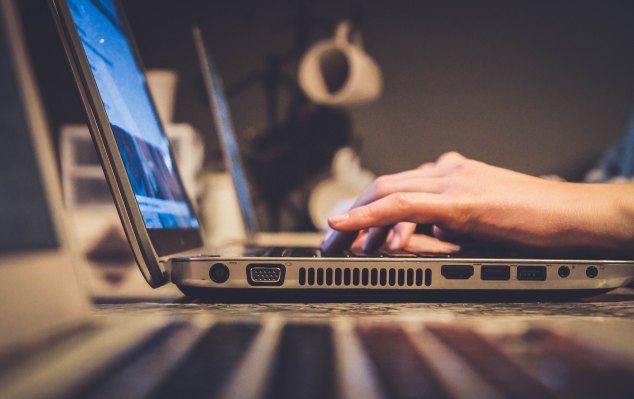 Now, as usual, we collect information on the Internet and write a recent report on Facebook, but it has only been about 20 years since we were able to do this.

Let’s explain how a convenient network works so easily, and how it works.

First, the computer is not connected to the network. This is called standalone. It sounds lonely.

Another computer came here, and a network was first created to communicate one-on-one. This is called peer-to-peer. Peer has the meaning of a colleague, a friend. It is an equal translation.

However, when the number of computers increases and you try to communicate with multiple computers, peer-to-peer alone can reveal the limit. Therefore, it divided the role of computer into client (user) and server (service person) and decided to use one powerful server from multiple computers at the same time. This is a client / server network.

In addition, as computers have grown, networks and networks have become interconnected. It will connect computers around the world like a web. That’s the Internet.

In the Internet, data is transmitted by multiple routes. The data is relayed and sent to various servers regardless of which server it passes through.

For example, when you try to access “google.com” from your home computer, you will first access a machine called your router at home via your computer, WiFi (LAN) or LAN cable.

A router connects to the provider’s server you contracted through optical and other digital lines. First of all, ask “Where is google.com?” A string like “google.com” that you enter in the browser’s address field is a name called “domain name.” This is the name of a computer somewhere in the world. However, the name does not know where on the Internet the computer is actually located, so first ask “Where does this domain point?”. Every provider has a server for domain queries. It is called DNS (domain, network, server).

However, since various people connect and disconnect from the new computer every day on the Internet, the DNS of the contracted provider does not necessarily know “google.com”. In that case, the DNS asks other DNSs “Do you know this domain?”

If a place is found successfully, four numbers will be returned. These four numbers are called “IP address”. An IP address is a specific address of a computer. IP stands for “Internet Protocol” and is a number that indicates only one place in the world.

Once you know this number, you can send any information you like. Information is sent in chunks called “packets”. If you specify the IP address acquired earlier in this “packet” as the “destination” and pass it to the server, it will be delivered to the target computer using the bucket brigade method.

Even when searching casually, so much movement is happening. It may be a bit surprising.